According to the Anxiety and Depression Association of America, anxiety disorders are the most common mental illness in the U.S. and affect 40 million adults. Generalized anxiety disorder, on its own, affects 6.8 million adults, with women twice as likely to be affected as men. Whether you’re suffering from a lifelong illness or simply going through a stressful period in your life, natural herbs can help. 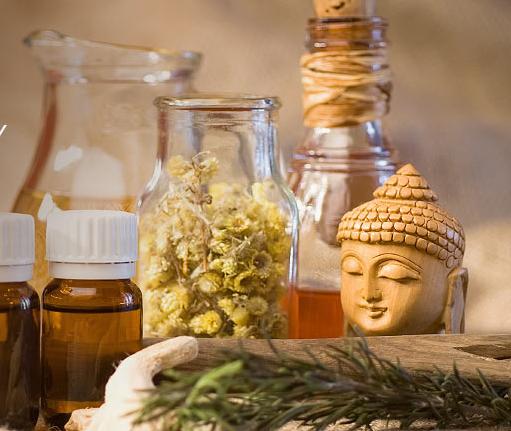 Here are six that are particularly good for calming you down, reducing anxiety symptoms and helping you sleep.

The University of Maryland Medical Center states that passionflower has shown in a few studies to work as well as some of the benzodiazepine medications that are usually prescribed for treating anxiety.

A four-week double-blind study, for example, compared passionflower with oxazepam. Results showed oxazepam worked more quickly, but by the end of the study period, both treatments were shown to be equally effective. Bonus—side effects like daytime drowsiness were fewer with passionflower.

A second study also showed that passionflower helped ease symptoms like anxiety, irritability, agitation, and depression in participants going through withdrawal from an opiate drug addiction.

A new study has found that kava, a plant-based relaxant used in the Pacific, is effective at reducing anxiety. Researchers say “In this study we’ve been able to show that kava offers a potential natural alternative for the treatment of chronic clinical anxiety. Unlike some other options it has less risk of dependency and less potential for side effects.” The roots of the kava plant have long been used to make a drink that has sedative and anesthetic effects.

Valerian root has been used for thousands of years as a remedy for various ailments including sleep problems, digestive problems, disorders of the nervous system, headaches, and arthritis. It is believed that valerian root has an impact on the availability of the neurotransmitter GABA in the brain. Valerian is most commonly used for sleep disorders, but it is also used for conditions connected to anxiety and psychological stress including nervous asthma, hysterical states, excitability, fear of illness (hypochondria), headaches, migraine, and stomach upset. Some people use valerian for depression, mild tremors, epilepsy, attention deficit-hyperactivity disorder (ADHD), and chronic fatigue syndrome (CFS).

Herbal solutions are more common when treating anxiety naturally, but some nutrients may be beneficial for anxiety as well. One that has received some promising result is Magnesium.

Magnesium plays a role in over 300 different chemical reactions in the body, and many studies have shown that a deficiency in magnesium contributes to several mental health problems, including anxiety.

Several studies have also looked how stress levels affect magnesium. They found that during periods of extreme stress, magnesium is often used up by the body. That means that not only is a significant portion of us magnesium deficient due to low reserves in our food quality these days, potentially leading to anxiety – there may also be a high number of people that use up their magnesium reserves as a result of their anxiety, thus contributing to more anxiety and more stress.

Early studies do indicate that magnesium may be effective at treating anxiety. A study in France of 264 patients with generalized anxiety disorder found that a statistically significant number of men and women reported improvements on a magnesium regimen.

Another study found that magnesium may have a positive effect on depression as well. Both depression and anxiety are often linked, because both result in fatigue and disaster thinking.

Magnesium is unlikely to cure anxiety in everyone. Instead, the most likely reason that magnesium is so effective is because many people are experiencing the more pronounced anxiety symptoms as a result of their magnesium deficiency. By taking magnesium supplements, these individuals are no longer deficient, and any effects magnesium may have had on their health become less problematic.

Also, there is a significant connection between how the body feels and how the mind feels. When you take magnesium while you’re not getting enough, your body is likely to feel better because every component of the 300+ processes is running correctly. That, in turn, will make your entire body feel healthier and more relaxed, which will improve your battle with anxiety.

A 2010 multi-center, double blind randomized study of lavender oil compared to anti-anxiety medication lorazepam found that both were effective against generalized and persistent anxiety. Bonus — lavender had no sedative side effects.

“Since lavender oil showed no sedative effects,” researchers stated, it could be an effective and “well-tolerated alternative to benzodiazepines” to treat generalized anxiety. An earlier 2000 study found similar results.

Though usually found in combination with other herbs, lemon balm also has anti-anxiety powers on its own.

Research published in 2004, for instance, gave participants a single dose of lemon balm extract (300 mg or 600 mg) or a placebo, then measured their mood after one hour. The higher dose resulted in reduced stress and improved calmness and alertness. Even the lower dose helped participants do math problems more quickly.

As always, we never recommend self-prescribing. Talk to a Practitioner at the clinic to find the appropriate herb, dosage and treatment plan specific to you.

Previous Post 5 Important Things To Avoid When Trying To Co... 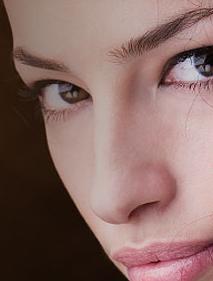 Are You At Your Tipping Point?