10 (Surprising) Ways You Are Making Your Veggies Less Nutritious 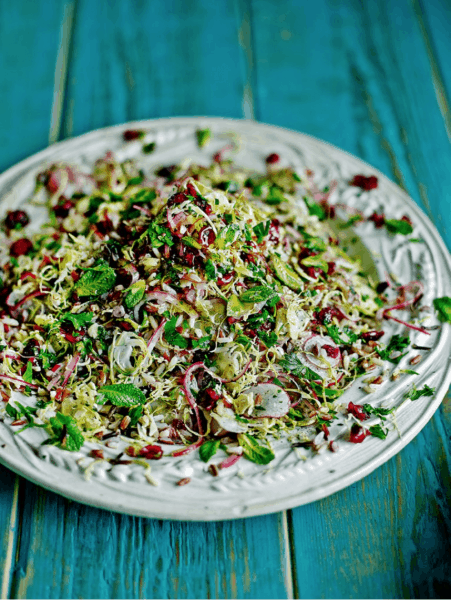 Modern-day diets are often lacking in nutrition, in large part because food choices are not optimal.

Even the healthy foods you choose, such as an apple or lettuce, are likely not as nutritious as they once were. Ancient wild plants provided an astounding level of phytonutrients that are largely absent from our modern cultivated fruits and veggies.

That being said, you certainly want to harness the nutrients your food does contain so it can be absorbed and utilized by your body. This starts in your kitchen, where some surprisingly common habits might be slashing the nutrient content of your veggies even more.

10 Ways You Are Making Your Veggies Less Nutritious 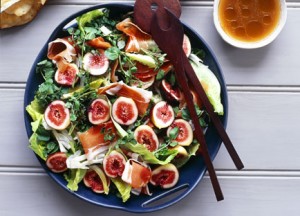 In order to maximize the nutrition in your produce, be sure to be aware of these common habits that may make your food less nutritious.

Lycopene — a carotenoid antioxidant that gives fruits and vegetables like tomatoes and watermelon a pink or red color — is one nutrient you’ll want to be sure you’re getting enough of.

Lycopene’s antioxidant activity has long been suggested to be more powerful than other carotenoids such as beta-carotene, and research has even revealed it may significantly reduce your stroke risk (while other antioxidants did not).

Lycopene has been shown to have potential anti-cancerous activity, likely due to its antioxidant properties. Studies have shown that people with a diet high in lycopene from tomato-based foods have a lower risk of certain cancers, particularly prostate cancer.

However, lycopene is one example of a nutrient that becomes more bioavailable when it’s cooked. Research shows that cooking tomatoes (such as in tomato sauce or tomato paste) increases the lycopene content that can be absorbed by your body.

It also increases the total antioxidant activity. In one study, when tomatoes were heated to just over 88 degrees C for two minutes, 15 minutes, and 30 minutes:

So while tomatoes are healthy to consume raw, it’s also wise to consume them cooked as well. You could try a cooked salsa or make your own tomato sauce at home… if you opt for a store-bought variety, make sure it comes in a jar, not a can.

You’re best off avoiding canned tomatoes and tomato sauces, as can liners tend to contain potent estrogen mimics such as bisphenol A (BPA), which is a toxic endocrine-disrupting chemical.

Do you store your lettuce leaves whole? You may be better off tearing them before storing them in your refrigerator. When lettuce leaves are torn, a boost of protective phytonutrients are produced.

As long as you eat the lettuce within a couple of days, you’ll be able to take advantage of this extra phytonutrient content in the torn lettuce.

Do you boil vegetables like spinach? This allows valuable nutrients like vitamin C to leach out into the water. The different in nutrient content can be dramatic before and after boiling.

For instance, after 10 minutes of boiling, three-quarters of the phytonutrients in spinach will be lost to the cooking water. While this isn’t as much of an issue if you’re making soup, in which you’ll be consuming the water along with the nutrients, if you’re looking to prepare a vegetable only, you’re better off steaming or lightly sautéing.

One of the most important toppings on any salad is the dressing, and here you’ll want to avoid most store-bought brands, especially those that are low-fat or fat-free.

When fat is removed from a food product, it’s usually replaced by sugar/fructose in order to taste good, and this is a recipe for poor health. Excess fructose in your diet drives insulin and leptin resistance, which are at the heart of not only diabetes but most other chronic diseases as well.

Further, some nutrients and antioxidants are fat-soluble, which means you must eat them with fat to properly absorb them. Using a dressing that contains healthy fats helps you ensure maximum nutrient absorption from your salad.

Coconut oil may make a particularly good choice, as it’s been found to increase the absorption of nutrients.

If you prefer to dress your salad only with vinegar, you can still achieve this fat-absorbing effect by adding other healthy additions like avocado or poached eggs.

5. Cooking Garlic Without Letting It Rest

Garlic contains the precursors to allicin, which is one of the most potent antioxidants from the plant kingdom. In fact, researchers have determined that sulfenic acid, produced during the rapid decomposition of allicin, reacts with and neutralizes free radicals faster than any other known compound—it’s almost instantaneous when the two molecules meet.

Garlic technically does not contain allicin, but rather, it contains two agents in separate compartments of the clove that react to form the sulfur-rich compound allicin when the plant needs it: alliin and an enzyme called allinase. So, what makes them react?

Garlic has a robust defense system to protect itself from insects and fungi. It enzymatically produces allicin within seconds when it is injured. The crushing of its tissues causes a chemical reaction between the alliin and the allinase, and allicin is produced—nature’s “insecticide.”

This is what makes garlic such a potent anti-infective, as well as what produces that pungent aroma when you cut into it. Allicin is quickly deactivated by heat. Just two minutes on the stovetop or one minute in the microwave will basically eliminate any useful allicin from the garlic.

However, if you let chopped garlic sit for 10 minutes before exposing it to heat, the enzyme that creates allicin will have time to finish working, and your finished dish should have a much higher allicin content. That being said, allicin is short-lived, lasting less than an hour. So once you’ve crushed your garlic and let it rest, try to consume it as quickly as possible.

6. Discarding the Most Nutritious Parts of the Vegetable

Many of us dutifully peel and chop away skins and upper greens on their veggies. Yet, these components often contain the most concentrated sources of nutrients. For instance, the dark-green tops of scallions are among the most nutritious, but many people toss this section away. The same goes for beet greens, which are equally, if not more, nutritious than beet roots, with nutrients that may strengthen your immune system, support brain and bone health, and more.

Apples are another example. Much of apples’ antioxidant power is contained in the peel, where you’ll find antioxidants like catechin, procyanidins, chlorogenic acid, and ploridizin. Even adding carrot peels to a carrot puree boosted antioxidant levels. The same goes for watermelon rind. Most people throw away the watermelon rind, but try putting it in a blender with some lime for a healthy, refreshing treat.

Watermelon rind actually contains more of the amino acid citrulline than the pink flesh. Citrulline is converted to arginine in your kidneys, and this amino acid is important for heart health and maintaining your immune system. While many people prefer seedless watermelon, black watermelon seeds are edible too and actually quite healthy. They contain iron, zinc, protein, and fiber. One caveat: if you’ll be consuming rinds or peels, opt for organic produce to minimize your intake of pesticides.

7. Eating Potatoes Right After Cooking Them

We don’t recommend eating white potatoes too often, as their simple sugars are rapidly converted to glucose that raises insulin levels and can devastate your health. However, if you do choose to eat them at least chill them for about 24 hours after cooking. This converts the starch into a type that’s digested slower, and turns this high-glycemic vegetable into a low-glycemic one.

8. Cutting Carrots Prior to Cooking

Resist the urge to chop up your carrots before adding them to soups and casseroles. Research suggests that keeping the carrots whole, and cutting them up after they’re cooked, helps retain nutrients. Also, like tomatoes, carrots may be better for you cooked than raw. Cooking helps break down the cell walls so your body has an easier time absorbing nutrients.

9. Buying Broccoli Florets Instead of a Whole Head

Broccoli is one of the healthiest, cancer-fighting veggies you can eat. But it’s also surprisingly perishable. One study found that broccoli can lose 75 percent of its flavonoids and 80 percent of its beneficial glucosinolates just 10 days after harvest. When the broccoli was cut into florets, the rate of antioxidant loss doubled, so choose fresh, locally grown broccoli in whole-head form for maximum nutrition.

10. Discarding the Cooking Liquid from Beans

Cooking dried beans from scratch is preferable to canned versions because of the potential for BPA in the can linings. However, the cooking liquid will hold much of the nutrients after the beans are done cooking. One trick is to let the beans sit in the liquid for about an hour after cooking to help them reabsorb some of the lost nutrients. Cooking beans in a pressure cooker may also preserve more nutrients than cooking beans using other methods.

If you want to purchase the most nutritious produce for your family, opt for organic as much as possible. In addition to lowering your pesticide load, organic produce is more nutritious. For instance, organic fruits and vegetables can contain anywhere from 18-69 percent more antioxidants than conventionally grown varieties. And growing tomatoes according to organic standards results in dramatically elevated phenolic content and vitamin C compared to tomatoes grown conventionally.

More Secrets to Boosting the Nutrient Content of Your Diet

Next Post 19 Healthy Food & Drink Ideas for Women in La... 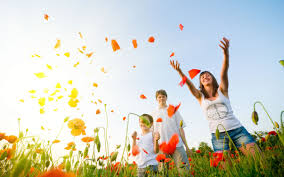 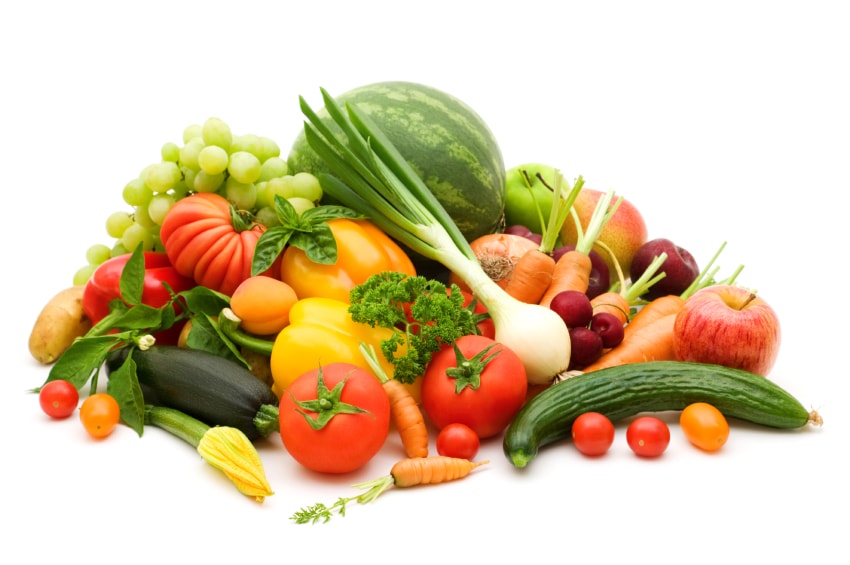